Root of Happiness is the first Kava bar in Rancho Cordova, California, opening its doors in early 2013. It has served thousands of happy Sacramento area residents and for many, has served as their first introduction to Kava Culture. Pulling from elements of Polynesian, Melanesian, and Micronesian Cultures, Its richness of its décor and ambiance are rivaled only by the character of its clientele.

Drink Relax and Enjoy!
Root of Happiness Kava Bar’s Rancho Cordova location has been hailed as the best alternative to the bar and club scene in the region and has been featured in the Sacramento News and Review, the ARC Current, Submerge Magazine, and was recently ranked the #2 Bar in Sacramento (#1 Closed its Doors)! It continues to be the pioneer of the west coast Kava Bar scene as our flagship bar. If you’re in the Sacramento area, stop in for a shell!

Not verified. Claim this listing! 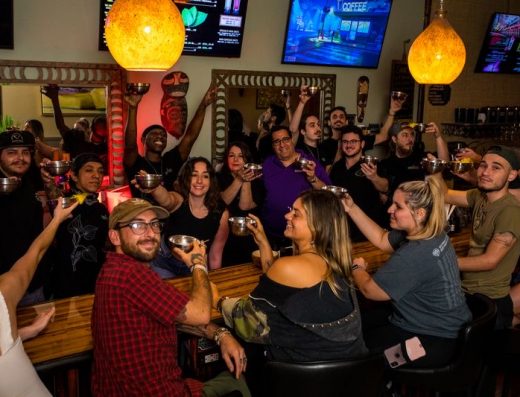