How To Drink Kava 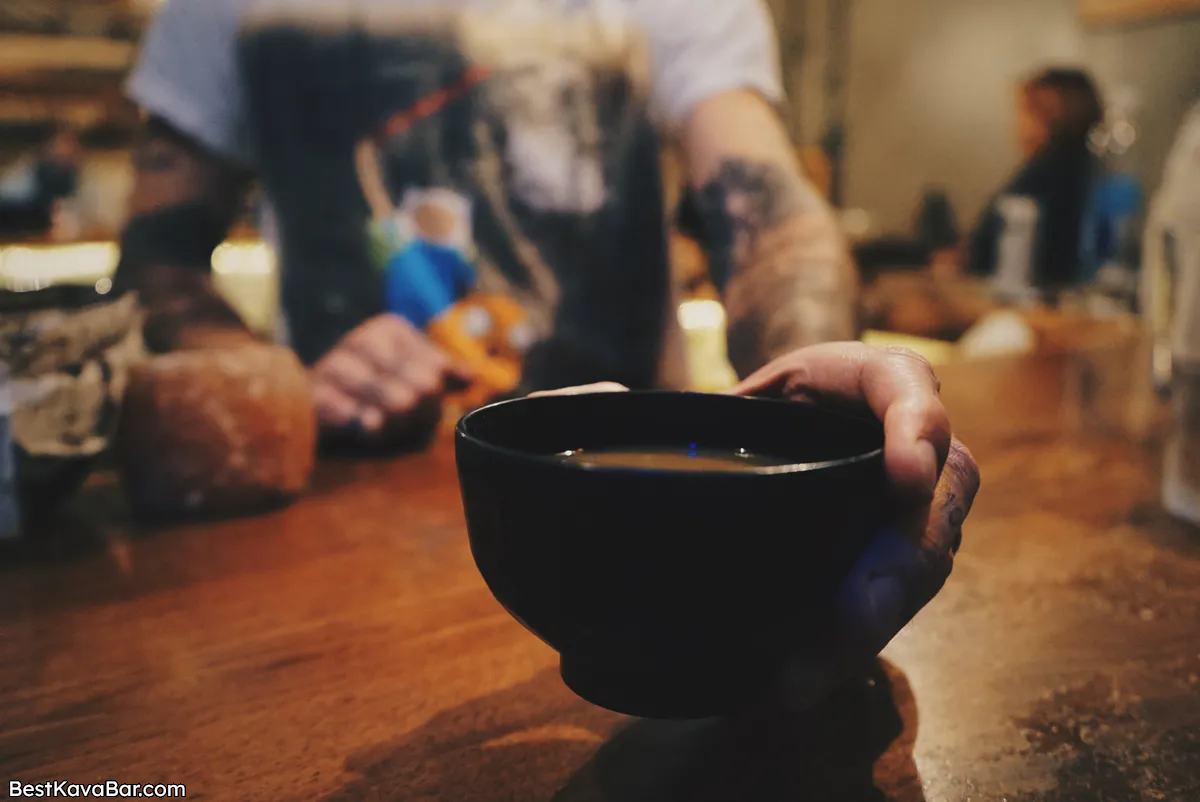 Your Ultimate Guide On How to Drink Kava

Kava is traditionally a ceremonial drink from the south pacific, typically served in a coconut shell or bowl. It is made by grinding the dried root of the Piper methysticum plant into a powder, which is then mixed with water and strained.

Kava has a long history and cultural significance in the south pacific islands, and has been used for centuries as a way to relax and unwind. The drink is said to have a calming effect on the body and mind, and is often consumed before bedtime.

Today, kava is becoming increasingly popular in western countries as a natural remedy for anxiety and stress relief. It is also used as a social drink, similar to alcohol.

How to Drink Kava at a USA Kava Bar

If you find yourself at an American kava bar for the first time — its important that you pretend you know what you’re doing so the resident tribe doesn’t whisper and laugh about the ‘newbie’. Kava drinking is a serious business and should be treated as such. Here’s a 10-year Kava Bar Veteran’s Guide to Drinking Kava, for Newbies.

Here’s what you need to know:

1) Ask the Kavatender for a shell — “Kavatender! A shell please. Make it a double!”

Note: Some Kava Bars offer fruit or candy chasers. If you want to look like a pro, just say no to the chaser.

2) Anyone Else Shelling? The Kava Rule is one never shells alone. So if the local tribe hasn’t offered to shell with you, you can ask everything “Is anyone else shelling?”

3) Wait for everyone who wants to join. Once everyone is ready, rise your kava shell in front of you. If appropriate, you may clink shells with others around you as a sign of respect before the Bula

4) BULA! One Person will lead in the Westernized Kava Ceremony, usually dedicating the “Bula” to something/someone, and prominently declaring “BULA!!”, as everyone else (including you) repeats “BULA!” in sync.

5) SLAM THAT KAVA! GULP and drink the kava as fast as you can. If you can drink it all in one go without putting down the shell or taking long pauses — pat yourself behind the back. Once done, firmly (but respectfully) SLAM your shell on the bar or table in front of you.

7) Relax & Enjoy: Now that the ceremony is over, it’s time to sit back, relax, and enjoy your kava! chat with those around you, or simply take in the experience. Most importantly, remember to drink plenty of water throughout.

Note: Hydrate! Kava can make your tongue feel numb and is a diuretic, so it’s important to stay hydrated in between shells. Drink plenty of water, gatoraids, apple juice or ginger-ale.

8) Repeat! When you’re ready for another shell, simply raise it up and the Kavatender will come over and fill you up. Repeat the steps above.

Note: First-timers lack the kavalactones in their system to really feel the full effects of kava, so don’t be discouraged if you don’t feel anything after your first shell. It takes a few shells for the effects to really kick in.

9) ROOTED! Stop drinking once you feel rooted. “Rooted” is the name of the kava buzzed state of mind you feel when you’ve had just the right amount of kava — just a few notches under feeling too nauseous. If you’ve gone too far, have a snack. Pretzel’s and chips are good (but not healthy) snack options that most Kava bars have readily available.

10) PEACE OUT! Thank all your new friends for shelling with you, pay your tab and leave a nice tip. Come back and bring your friends to have even more fun and socialize!

1) Drinking on a budget? Drink kava on an empty stomach. The kava will hit you harder and faster. You can have a snack after if you feel too nauseous.

3) Drink slowly — Kava can have a strong effect on the body and mind, so it’s important to drink slowly and be aware of how your body is reacting.

4) Be mindful of the effects — Kava can make you feel relaxed and calm, but it can also cause drowsiness. If you are planning on driving or operating heavy machinery, it’s best to avoid drinking kava.

5) Don’t overdo it — Kava is a powerful substance, so it’s important not to overdo it. If you start to feel nauseous or dizzy, stop drinking and take a break. Drink plenty of water and give your body time to recover before trying again.

8) Avoid alcohol — Alcohol and kava should not be mixed. Kava can increase the effects of alcohol, which can lead to dehydration and other health problems. If you are planning on drinking kava, it’s best to avoid alcohol altogether.

9) Don’t mix with other drugs — Kava should not be mixed with other drugs, including prescription medications. Mixing kava with other substances can increase the risks of adverse effects. If you are taking medication, it’s best to avoid drinking kava.

10) Be aware of the risks — Kava is a powerful substance and should be treated with respect. There are some risks associated with drinking kava, including liver damage, gastrointestinal problems, and allergic reactions. It’s important to be aware of these risks before drinking kava